THE VISUAL ECSTASY OF NYC NIGHTLIFE IN THE 90S

By Steve Eichner and Gabriel Sanchez

Documenting the birth of a radical era of music, fashion, pop culture, media, and art, Steve Eichner was hired by Club King Peter Gatien to make images of his clubs.

Sex, drugs, and dance music created the perfect cocktail of hedonistic bliss set amid a backdrop of iconic parties that catered to revelers every whim.

At a time when people from all walks of life came together at night to celebrate themselves. There was universal respect. No one could see what went on inside these nocturnal spaces…until now!

Steve Eichner was the official photographer of NYC nightlife. There are 200 brilliant images in this book.

Here is a sample of his work:

This collection of vivid good times comes at a point when we could use a reminder of the days when people gathered in mass.

Ordinary people became clubbers. They rubbed shoulders with celebs and danced the night away.

Here, a new group of upstarts of all races, ethnicities, genders, sexualities, and economic backgrounds came together on the dance floor in a celebration of PLUR (peace, love, unity, and respect).

This book will be a great addition to any coffee table this upcoming holiday season.

There has been a lot of talk lately about returning to normalcy. Before the pandemic hit America the nation was struggling with many issues. There were several fissures in the body politic. Never before this moment had the country been torn asunder by an invisible threat.

Our economy has been the engine that drove us through recessions and social upheaval. The wages of workers stopped rising after 1980. Remained stagnant through 2020.

If you grew up in America between 1955 and 1985 you were indoctrinated into a man’s world. Captains of industry were male. Physical strength dominated. Being smart was deemed weak or ‘gay’.

What men hide is the ability to empathize. To express emotion in a normative way is suppressed. We as a society are paying today in political divides and fringe pursuits of false ideas that support a nation in isolation.

When I was a kid boys always acted strong. Being physical was the primary motivator in boys.

America was so busy working and living mostly private lives decades before Facebook that boys’ real needs could be missed.

The politicians pass laws. Parents do their best. Why were our kids killing one another before this crisis?

The gendered kids of this time and place are wondering what happened to them. People who cannot conceive of anything outside their prescribed norms are angered or scared that gendering could be wrong.

Has anyone asked if closing the schools could end school shootings? Recently a lot of people have suggested this crazy notion. Actually, without schools kids lose crucial development of social skills. Those with limited resources miss meals that schools provide.

America has yet to really tackle the social pandemic of massacres, addiction, and lack of empathy.

A return to normal? What normal are people longing for?

Vaping was killing kids, socially isolated boys were killing classmates, and adults were being killed by opioids.

The rising tide of Anti-Semitism was killing innocent people too.

Police brutality has resulted in a renewal of civil unrest not seen in fifty years.

Should we not imagine a society that is anything but normal?

Trans people, Women, and Racism must be addressed. Just to name a few issues.

During the recent Memorial Day holiday states were informed that if they met certain metrics they could begin re-opening.

I walked around my city. Central Park was full of people socially distancing. Picnics were few and far between on the lawns. Children played. But it was just New Yorkers this year. Anything but normal.

I read the paper every day to check in on the latest concerning the virus. The pandemic has hit the poor the hardest. And economies that have all their eggs in the hospitality basket are in serious trouble.

Has the pandemic stripped away people’s illusions surrounding capitalism? Now we have a clearer idea of just how fragile our social system has become in the last 50 years.

People throw around new wordage to describe our ‘new normal’ but this is a much more serious matter.

Re-opening is not a race. States are finding new outbreaks where there were none until people began to disregard safety measures.

The virus has managed to do what Russian interference could not: push Americans to the brink of a new Civil War.

People who have not fallen ill are voicing their anger toward officials for closing their states.

As New York attempts to re-open let us all hope new cases of Covid—19 do not return us to square one.

The Covid Age is just beginning…

While we seek mirth and beauty and music light and gay
There are frail forms fainting at the door
Though their voices are silent, their pleading looks will say
Oh, hard times, come again no more. 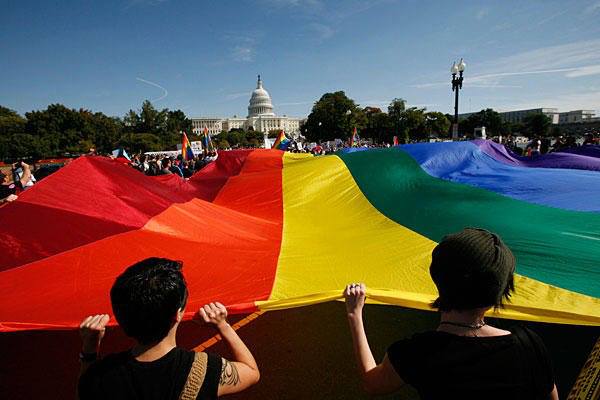 NYC Public Library had a free exhibit documenting the Stonewall Inn in 1969. NYC lights the Empire State Building in rainbow colors. #LGBTPRIDE uses social media to promote the celebrations. STONEWALL 50 has been branded with its own logo.

There is a lot of attention when a milestone anniversary is reached in America. This year marks 50 years since the Stonewall Inn, a dive bar in Greenwich Village, became the epicenter of the modern Gay Rights movement.

Despite the importance of this moment in history it is not taught in public schools. Until this moment in time all homosexuals were thought to be deviant, perverse, and mentally ill.

A history not taught is a history made invisible to the mainstream.

Today many groups that include Women, African-Americans, Latin-Americans, Mexican-Americans, Asian-Americans, and Lesbian, Gay, Trans, Bi, Questioning peoples are struggling to have their stories told. To be rendered visible begins the process of becoming equal under the law.

Following World War II in which many homosexual and lesbian people gave their lives the straight white politics of America reinforced its culture by driving homosexuality into closeted oblivion. No visibility allows demonization. For hundreds of years homosexuals have been murdered and outcast without legal recourse.

America’s laws have been cruel to minority people since its inception. Only straight white property owners were fully recognized as equal under our laws.

The hard struggle for the emancipation of slaves led to their being set free from their brutal owners. Freedom meant that white men were free to murder them. Their civil rights were not fully recognized until the 1960’s. Their struggle continues to this day. Not allowed to build wealth of any kind, African-Americans have never been able to catch up with whites.

Gay/Lesbian/Transgender/Bi/Queer/Questioning black people are for this reason not even on par with their white queer brothers and sisters. This must be stated because Stonewall happened in the crucible of the civil rights movement. Collectively our struggles must help each other.

The Civil Rights Movement and the Women’s Rights Movement enabled the moment when homosexual and lesbian people could collectively rise together against their oppressors.

In the 1960’s the law proscribed that nobody was allowed to wear three or more articles of clothing that were not gender conforming. Men could not wear any clothing deemed feminine and women could not dress as men. Homosexuality was illegal in many states. You could be fired if you were out. Our culture thought it normal to make fun of homosexuality; violence against our community was deemed legally fit.

Stereotypes of the homosexual as less masculine were reinforced in movies, television shows, and music. Then one fateful day the patrons of Stonewall stood up for themselves.

Keep in mind that many homosexuals were closeted for decades due to the shaming of our queerness for generations. Loss of family, work, and potentially lives were the reason so many remained silent.

This was the reason organized crime took ownership of The Stonewall Inn. Gay bars were not allowed to serve alcohol; dancing was not legal in many establishments.

Before the raids took place someone was usually tipped off that the cops were coming. The liquor would get stashed away. Anyone who was not gender conforming could escape before the patrons were taken away to jail.

On June 28, 1969 the police raided the Stonewall without warning. Several of the patrons in the bar that night refused to take the ill treatment of the police anymore.

Police raids on gay bars was common during the 1950s and 1960s. Patrons would get lined up, names taken, and some officers took it upon themselves to degrade trans people, people of color, lesbians, and gays. The newspapers would publish their pictures. Forcing gays out of the closet without any legal standing happened daily.

The Stonewall Inn’s patrons backed out of the bar leaving the cops inside. They filed out into the narrow streets. They rose up to resist the police. Despite many being dispersed after that first night many people gathered in the following days and nights that resulted in several confrontations with law enforcement.

There were peaceful protests too. Kick lines formed to mock the stereotype used to define and defile the gay community. Judy Garland had just passed away. The myth that her death fueled the riots is pure nonsense. The uprising took place because not being treated as human finally reached the breaking point.

Rocks, bottles, and fists were used to fight back the brutal opposition. Stonewall burned in the ensuing riots. The aftermath would result in other cities taking notice of the new visibility of homosexual and lesbian people. A movement began. San Francisco, Chicago, Philadelphia, Detroit, and L.A. soon followed with new groups to defend the rights of LGBTQ people.

The first year anniversary of the riots were marked by the first Gay Rights March in Manhattan. It was titled Liberation Day.

In just a few years hundreds of groups would form to defend the rights of Gay, Lesbian, and Transgendered people. The Human Rights Campaign and GMHC (Gay Men’s Health Crisis) are two of the groups I have supported for years.

The marches have promoted themes of equality, protest against Presidents who stood against LGBTQ people, and called out policies that hurt our community.

There are still many people in power who choose to oppress rather than lift up minority people.

For the millions who stand up for equality we are not claiming special rights. We want equal rights under the law. To love, marry, raise kids, and live together in a peaceful world. Displaying our bodies in the public square allows us to claim our person hood, bond with others, and be ourselves.

Gay Pride Day has evolved over the decades since the Stonewall Uprising. Today, the march down 5th Avenue to that bar in The Village represents tens of millions of people around the world. Holland, Germany, Spain, Brazil, Russia, Israel, Poland, France, Netherlands, Thailand, Hong Kong, England, Ireland, Chile, and on and on celebrate LGBTQ pride.

Despite the ongoing threats of ignorant policy makers, hate groups, and others the LGBTQ community includes everyone in our celebrations. Our democratic ideals cannot otherwise be realized.

Thank you reader for taking time to read my blog! Evan’s Gate continues throughout the summer. Feel free to follow this page.